Fast Pinball offers a pinball control systems which consists of a controller and multiple node boards. There is currently only one controller available. It is called the Nano. It supports a chain of node boards and 128 serial RGB LEDs.

The following node boards are available:

Most machines use a 3208 for the lower playfield. The 0804 is often used as cabinet node. Upper playfield configurations differ.

Node boards are connected in a Ring using RJ45 cables. Nano connects to the first board (ID 0). First board to the second and so on. Last board connects back to the Nano. 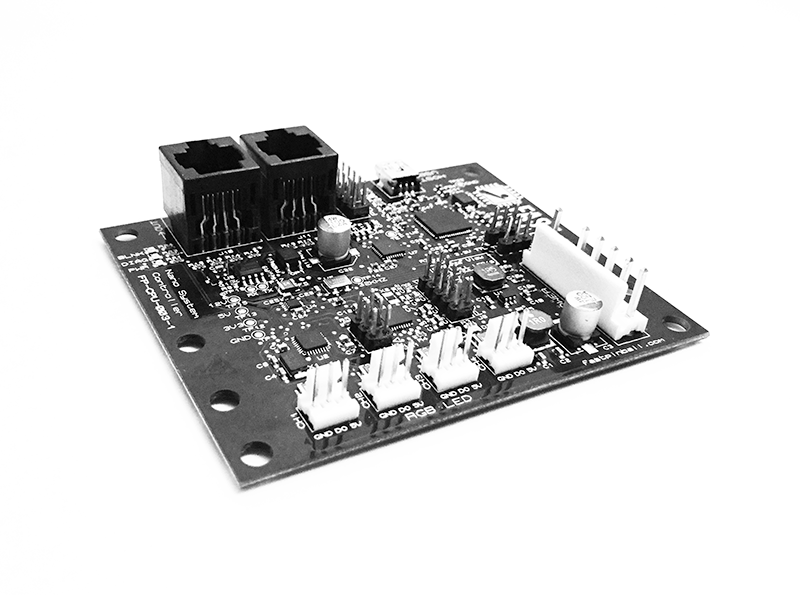 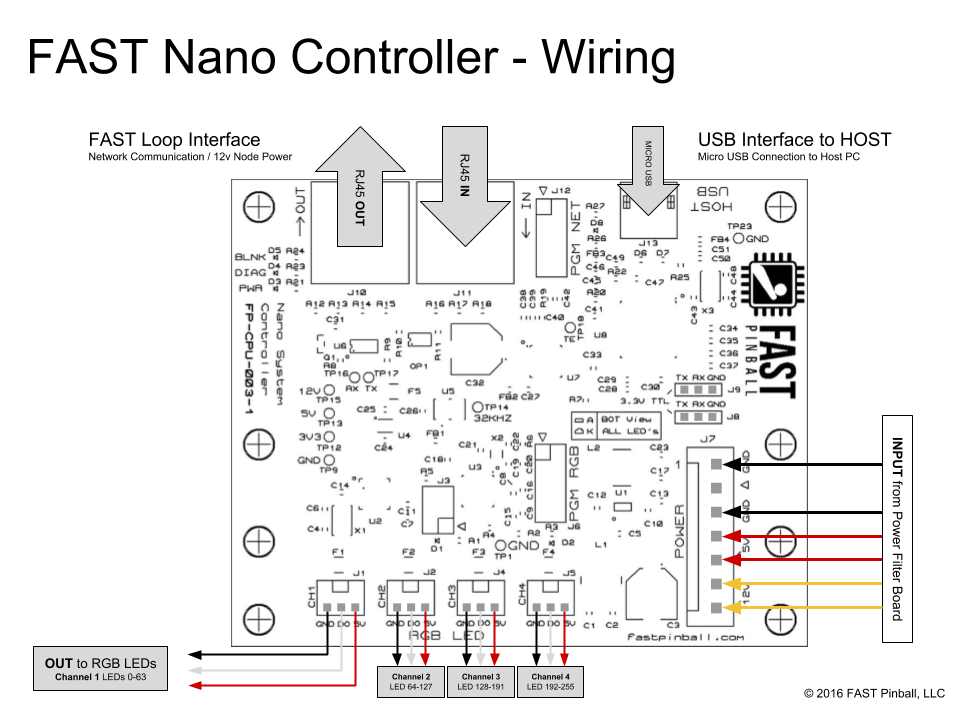 Switches are organized in banks of 8. They pull the voltage to 12V using an internal pull up. If you connect an switch input to ground the switch will be considered closed. You can connect normal pinball switches and optos directly to inputs. See How to configure switches in FAST with MPF.

Boards contain drivers in banks of 8 (except the 0804 which contains a bank of only 4 drivers). All drivers pull to ground. Connect your mechs to high voltage (HV) and connect the other side to a driver. When the driver is activated the current will flow. See How to configure switches in FAST with MPF.

Fast supports only node local rules which means that switch and driver have to be on the same board. For instance if the switch of a popbumper is connected to switch 2 on node board 1 then the coil also has to be connected to an output on node board 1. The first 8 switches on the first board (ID 0) are special since those are local to every node board. E.g. you can connect your flipper buttons to inputs 0 and 1 on the first node board (as cabinet node board) and connect the drivers to node 2 below the playfield. See How to configure hardware rules with MPF and FAST.

Fast offers a standalone RGB DMD display which interfaces via USB. See How to configure FAST DMD with MPF.